Today, a drawing from Paul from years ago, as well as an update on yard work, etc.

I’m torn about this time of year.  My immediate thought is that I love it; on the other hand, the long periods without sun can plunge me into depression.  However, with the onset of the Christmas season, plus the warm fire on cold dark nights, late fall comes in a winner. It might be my favourite time of year, all in all.

Late fall is a fun time to do yard work, although you can’t do it every day.  Today, though, it’s 11°C, with a sprinkle now and then.  I gathered some more leaves, put out compost, and took down our hanging baskets.  They still have blooming flowers, but my wife wanted me to take them down because they look “scraggly.”  By the way:  we still have fresh flowers on our outdoor fuchsias.

Any university student knows how much work November demands.  It’s a time of transformation; by the end of it, the student realizes he/she has been changed by the courses.

For the non-students, November might well be a time of reflection.  After all, the business of Christmas can entirely consume December, when you consider the decorating, the parties, and the shopping.  For many, November offers the last chance to reflect on the year before it’s gone.

Whatever your feelings about November, we’re in it now:)  Thanks for stopping by.  I leave you with this drawing by Paul, which he made I don’t remember when.  It’s of Captain Haddock, from the Tin Tin series. 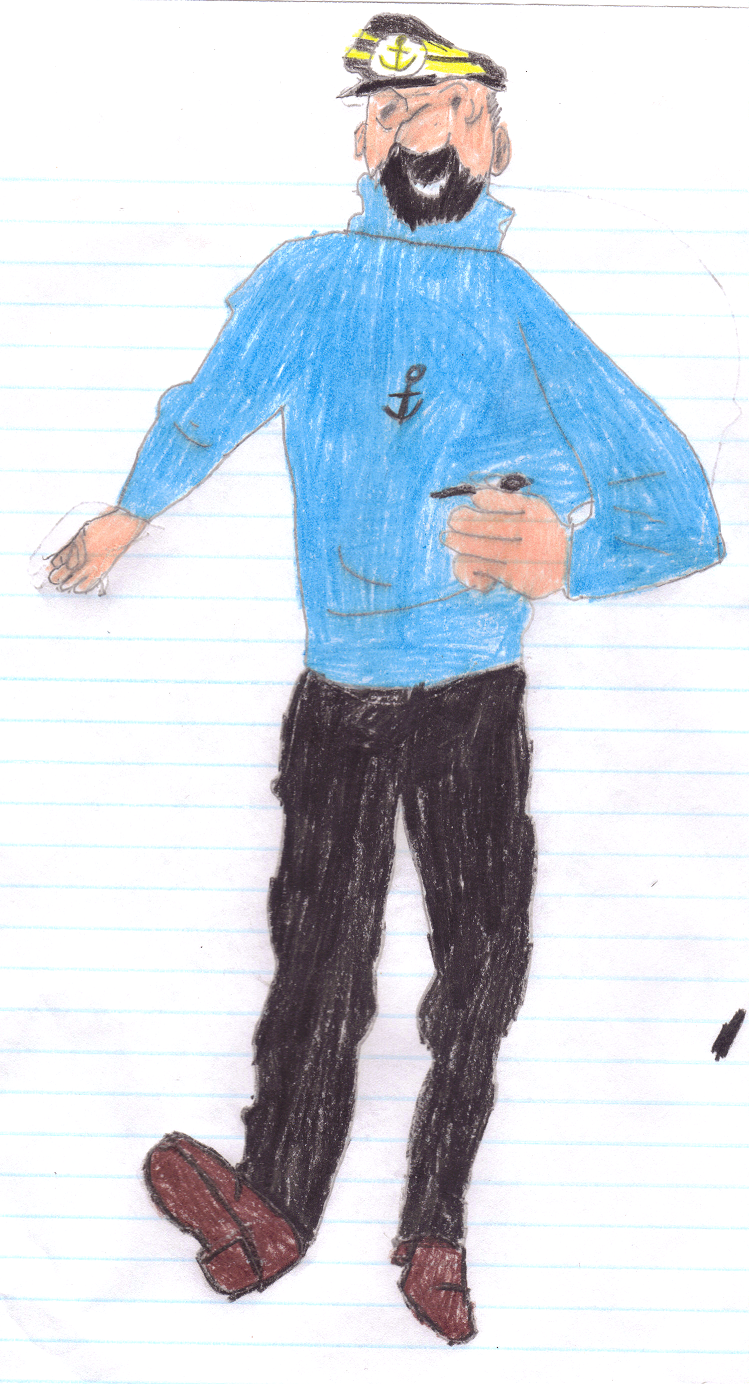 For me, yard work is prominent now.  When I think of it, I think of Martha….

On the west coast, we’re not known for leaf trees; rather, our needle trees are famous. However, in populated areas, ornamental deciduous trees are common.  An oak that doesn’t naturally grow here stands in front of my house and another one on each side. There are maples as well…they might be native.

The point is that leaves from trees make excellent compost.  I have care of our grounds, which I do the natural way; I don’t use any fertilizer or weed killer.  All the help my lawn gets is compost, physical weed pulling, and the occasional dose of lime.

Leaves fall and cover the yard, but they soon blow away.  This year I’ve developed a new term:  leaf capture.  It describes the percent of leaves I’ve claimed from those landing on my yard.

Some years I’ve been busy; regrettably, my leaf capture was likely quite low.  This year, however, I’d estimate it at about 30%, which I think is pretty high.  After all, we live on a busy street, toward which the strongest winds blow.  Moreover, the leaf trees are right beside it.

I’ve emptied the compost of ready soil, then filled it with leaves.  I have more leaves waiting in a receptacle when room develops.  Next spring should be very exciting for the lawn.

Developing a sustainable lawn takes time, but is very rewarding.  A gardener learns to enjoy waiting and looking ahead, even to distant eventualities.

Here’s Martha.  I continue to be a fan. 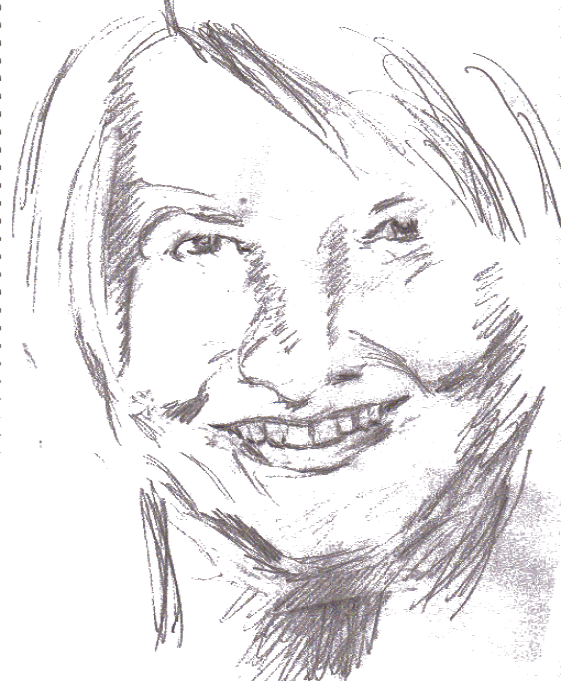 We enter November with a new movie offering:  Ender’s Game.  The book, by Orson Scott Card, has been on the suggested reading list of the US Marine Corps.

Halloween went well.  The house looked good, with eight jack-o-lanterns, some cotton spider’s web, and other assorted decs.  We tried glow sticks in two of the jack-o-lanterns, which worked out well.  I met about forty-five trick-or-treaters in front of the house, which is a pretty good turnout for our neighbourhood.

My wife fixed up our kids’ costumes:  they looked awesome.  She took them to a different neighbourhood, where the houses are closer together and there are more kids.  They pulled in quite a haul.

Halloween is my favourite holiday.  It symbolizes the change of season and the presence of an unseen world that, nonetheless, affects the one we know.  I love the artistry and imagination of Halloween.

I find Halloween a dividing point in the year.  After it, we enter the rainy season – witness today.  Mist hangs in the trees, the temp hovering between 5 and 8, with no sun for days at a time.  My younger son loves the rain; winter is his favourite season.  By the way:  no other part of Canada has weather like this except the west coast.

To Ender’s Game:  I know my wife will see it.  I never watch movies; I just hear about them.  I’ve read a bit about this one.  It sounds like an echo of the Cold War era – preparation against invasion.

As someone who grew up in a Cold War military family, on or near military bases, I don’t miss that era, nor do I see it returning.  Luckily, the world seems to have adopted a new way of thinking.

In everyday life, though, people strategize to gain advantage in their relationships.  People with talent – like Ender has – can realize tremendous success.  However, the really powerful people usually end up matching their skills against others similar.

Whether or not you’re going out to see Ender’s Game, have a great night.  Let me know how you liked it:) 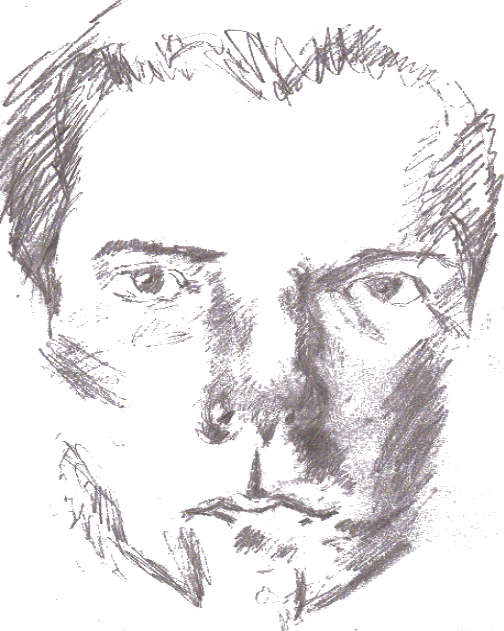 Wikipedia and IMDb were sources for this article.